Get a Quote Now
Request a Call Back

London is the capital of England and the United Kingdom. It is the largest metropolitan area in the United Kingdom and the largest urban zone in the European Union by most measures. A major settlement for two millennia, its history goes back to its founding by the Romans, who called it Londinium. London’s core, the ancient City of London, largely retains its square-mile mediaeval boundaries. Since at least the 19th century, the name London has also referred to the metropolis developed around this core. The bulk of this conurbation forms the London region

It may be a little confusing for a first time visitor coming to London when realising that there are so many options of airports to use in and out of London UK. There are five main London airports a chauffeur could pick a client up from namely London Heathrow Airport (LHR), London Gatwick Airport (LGW) , London Luton Airport (LTN ), London Stansted Airport(STN) and finally London City Airport (LCY). These are all commercial airports that serve both private individuals, who are possibly coming to London as tourists or visiting friends in London and the wider UK, and corporate roadshow clients visiting the city of London for a financial roadshow.

The  private visitor to London requiring a chauffeur driven transfer is likely to be a frequent user of the further afield airports such as London Gatwick Airport , London Luton Airport  and London Stansted Airport but could also be using the most popular London Heathrow Airport  and sometimes but very rarely the airport serving mainly the City of London corporate visitors, London City Airport . For the corporate client attending meeting as mentioned it would likely to be London City Airport in Docklands or London Heathrow Airport in Hayes Middlesex.

As for the corporate clients visiting the City of London and Canary Wharf based financial institutions, there are many more options available to them than just the normal aviation channels located at the five major airports mentioned. There are many private aviation lounges run by private firms around many of the main airports and some are located in smaller airports and airfields of which some belong to the Royal Air Force. For most of these a London chauffeur would need a special security clearance in advance to be able to enter on the day.

Harrods Aviation is a privately owned company that caters for the elite traveller with their own private jet and Harrods aviation can be found at both London Stansted Airport  and London Luton Airport . Another company is Signature Aviation which is also located in London Luton Airport  and London Stansted Airport  in addition to their base at London’s busiest  airport Heathrow. These two companies have probably got the biggest market share of corporate clients getting a chauffeur driven transfer into London but there are smaller companies that cater for such clients at lower and more affordable rates from London Luton Airport such as Inflite Aviation services and from RAF Farnborough Hampshire such as TAG aviation.

On the subject of London Heathrow Airport, there are many private lounges / VIP suites that are used by heads of States, politicians and HRH titled individuals especially from the Middle East. These suites can only be booked through the embassies representing the countries where these VIP travellers are coming from. The Royal Suite is exactly that, Royal, and is a dedicated suite for the elite of the elite and then there are the Spelthorne suite, the Hounslow suite, the Hillingdon and the recently opened Windsor  suite at terminal 5. 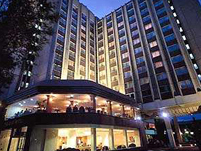 Read our guide to top attractions
in London
London Airports 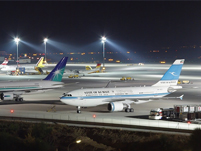 London’s restaurants offer the
world on a plate
London Restaurants 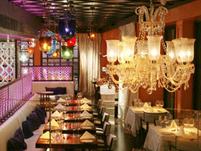 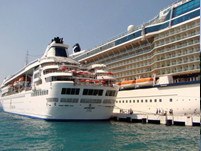 Read our guide to top attractions
in London
London Entertainment 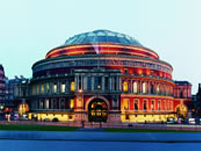 Read our guide to top attractions
in London
London Sight-seeing 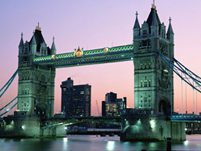 London’s restaurants offer the
world on a plate
London Shopping 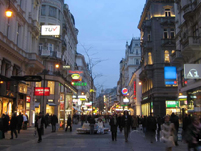 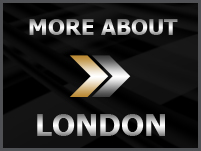